Should You Sell Your House or Renovate It? Either way, it’s an expensive, time-consuming proposition.

Your house may not have changed much over the years, but you probably have. Maybe you were single when you signed your mortgage papers, and now you’re married with children (or divorced and sometimes with your kids). Perhaps you’ve added some pets and wish there were amenities like cat doors. Or maybe that cute, little starter home is simply little and no longer cute to you.

However your mind gets there, many homeowners find themselves pondering the big question: Should I sell my home or stick it out and renovate?

There’s really no wrong or right answer. So much depends on the homeowner’s point of view and the house itself. But here are some factors that may tip the scales.

The math may sway you. Sell or renovate? If you’re leaning toward selling, but are toying with making upgrades to increase the sticker price, know this: A major renovation won’t always spell a big payoff.

“My wife and I just went through this debate,” says Bennie Waller, a professor of finance and real estate at Longwood University in Farmville, Virginia. They did their due diligence and collected estimates, but realized renovating would be very expensive. “We didn’t think we would ever be able to recoup the cost of the investment when it came time to sell,” he says.

So they decided to buy a new house – and keep the old one so they could rent it out for another income stream.

“I examined the decision purely from an investment perspective,” he says.

Or the math may not matter much. For some people, a house is their home for keeps. If you feel like staying put as long as you can, so that someday your adult kids can decide if they’d like to move in or sell their childhood home, recouping renovation costs may not matter to you. Especially if you’re young and plan to spend decades there.

Indeed, sentimentality can be a strong motivator to stay. Take it from Tracie Hovey, a Greencastle, Pennsylvania, resident and the president of a public relations and advertising firm. Though she has only lived in her house for a few years, she has no desire to pack up and go anywhere. She and her three children moved into the house when she remarried. Her husband had two of his own kids, and so they now live under a roof with five kids, ages 15 to 21. There are good memories here, and Hovey says they like their neighborhood and neighbors.

Still, it can get crowded. “We are short one bedroom when all the kids are home,” Hovey says. But it’s outside the house where the trouble really begins, especially during the summers and holidays, when the kids are on break. 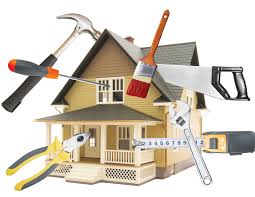 “When they are all home, it makes getting in and out of the driveway impossible, and I often find that I’m moving two cars just to get out of my garage,” Hovey says. Some of their kids end up parking on the street, which, she says, “can be irritating for our neighbors. It looks like we’re constantly having a party.”

So Hovey and her husband, a business executive, are currently shopping around for home contractors, hoping to build a three-car garage alongside the house and turn the existing garage into a master bedroom. She admits they’re a little nervous the home improvements might put the house above and beyond the value of neighboring homes, which could increase the pain come selling time.

It’s just one of those unwritten rules of real estate; it’s always easier to sell a house when it’s around the same price as the neighboring homes.

“But we aren’t the most expensive house in the neighborhood, even with the addition, so I think we would be all right,” she says. Plus, other houses in the area have three- and even four-car garages, so their home won’t be dramatically different than the others in the neighborhood.

You could buy and then renovate. That’s what Cosmo Macero Jr., a public relations consultant in Belmont, Massachusetts, did. His house seemed really large when it was just him and his wife. After two kids, it seemed a little smaller. When they decided to bring in Macero’s 89-year-old mother three years ago, they realized they had to make a change. They weren’t just housing another adult, but one with health care aides dropping by regularly.

But the cost of renovating was punishing. So Macero toyed with the idea of renovating his mother’s home and having them all move in there. That, too, was wildly expensive, and it didn’t feel like it would be a good investment. Macero’s main concern was spending a lot of money on improvements that wouldn’t be seen as improvements by anyone else.

“They might have become money pits for the sake of creating a living space that might feel very customized [and unappealing] to a buyer years down the road,” Macero says.

So he ended up leasing his home, since the market wasn’t great for selling, and purchased a new house with a vacant dentist’s office attached.

A dentist’s office? It sounds like the last thing a homeowner would want, but not in this case. “That office became the object of a major renovation that turned it into a wonderful in-law suite for my mother,” says Macero. His mother, now 92, loves her suite, which has its own entrance, thanks to its former purpose, and Macero believes the suite will be a selling point in the future.

Natalie Gregory, a real estate agent in Decatur, Georgia, took a similar path. She considered renovating her house but instead bought another one – and then renovated that.

“I work from home and wanted to have a basement where I could have a dedicated office, as well as a play room and media room for the kids. So we specifically looked for a home with a basement and a lot that would allow for expansion,” Gregory says.

She didn’t renovate her old house because it was built in the 1920s, and major changes would have adversely altered its character. The added amenities of a dedicated office, play room and media room, she says, would have added more to the home’s value and would have likely made it more difficult to sell in the future.

“You want to make sure you still have the value in your home,” Gregory says of considering a major renovation. “Some homes are what they are. It is right the way it is. For instance, if a home is a great two-bedroom, one-bath, maybe it needs to stay that way and you pass it on to the next people who need just that.”

So should you renovate or sell? Really, you could say it comes down to your frame of mind – and the frame of your house.