Canada’s real estate market has seen a lot of changes over the past year or so. Interest rates have gone up twice. Governments in B.C. and Ontario implemented foreign buyer taxes and other measures to cool housing markets, and the Greater Toronto Area is experiencing a dramatic slowdown in sales. More stringent mortgage stress-tests were introduced for borrowers last year, too, reducing demand. Now yet another change is on the horizon that the real estate industry warns will hit the housing market hard, with spill-over effects to the broader economy. Industry pushback and fear-mongering is predictable when regulations are proposed, but in this case, the housing industry isn’t exactly wrong. A proposed policy change from the country’s banking regulator threatens to reduce home sales, knock some first-buyers out of the market and push others to buy less expensive homes. That is the whole point, in fact—and it may be just what Canada needs.

In July, the Office of the Superintendent of Financial Institutions (OSFI) proposed stricter lending criteria for uninsured mortgages. In order to get a loan from a federally regulated financial institution, these borrowers would have to pass a more rigorous stress test and qualify at a mortgage rate two full percentage points higher than the posted rate (OSFI implemented a similar change for insured mortgages, where borrowers have a down payment below 20 per cent, last October). A comment period ended in August, and OSFI is expected to issue finalized guidelines this fall.

With a decision approaching, the housing industry has amped up warnings that the changes spell trouble for the housing market, first-time buyers and the economy at large. Tim Hudak, CEO of the Ontario Real Estate Association, said the plans amount to a “war on first-time homebuyers” and that the cumulative impact of tightening measures “risks capsizing the housing market altogether.” The Canadian Home Builders’ Association says housing starts could drop by up to 30,000 units annually, and wipe out anywhere from 42,500 to 91,500 jobs. Mortgage Professionals Canada (MPC), the industry group for lenders, brokers and insurers, warned national home sales could fall between 10 per cent and 15 per cent and reduce property values across the country, when combined with other recent changes and interest rate hikes. MPC supports a much
milder stress test that it says will provide a buffer “without disqualifying too many middle class Canadians from their dream of attaining home ownership,” according to its submission to the regulator.

Far from mounting an attack on homebuyers, however, regulators are trying to prevent a disaster from befalling those same homebuyers and threatening the economy. I
n what will come as news to no one, Canadians are heavily indebted. The household debt-to-income ratio hit another record high of 167.8 per cent in the second quarter of the year. The debt service ratio, a measure of disposable income put toward loan payments, is set to increase to 16.3 per cent by 2021, according to the Parliamentary Budget Office, a level Canada has never seen. The number of households with a home equity line of credit and a mortgage against their properties has increased nearly 40 per cent since 2011. Non-mortgage debt is rising, too, including i
nstallment loans—high-interest, short-term products. Our profligate spending habits are regularly bemoaned by the likes of the International Monetary Fund, the OECDand the Bank for International Settlements.

RELATED: Drowning in debt is the new normal in Canada

The primary driver of the debt surge has been falling interest rates. The benchmark rate set by the Bank of Canada has been dropping for decades, making it cheaper and cheaper for Canadians to borrow money—especially to buy houses. Canada’s housing boom tracks falling rates closely, particularly since the recession. The Teranet and National Bank House Price Index, for example, increased 72 per cent since January 2008. The gains are more pronounced in Toronto, which saw a 123 per cent surge over the same time period. Not long after the central bank’s two rate cuts in 2015, the housing market in Toronto fell into complete insanity.

Now with the recession behind us and the country recovering from the oil crash, the Bank of Canada believes we can withstand higher interest rates. Governor Stephen Poloz has signalled the central bank is on a tightening path, albeit a very cautious and gradual one.

Still, that marks a dramatic shift after years of excessively loose monetary policy. Previously, Canadians could renew their mortgages and obtain more favourable rates. Now the odds are they’ll have to pay more come renewal time. Those who opt for variable-rate mortgages can expect the same. Because this scenario is new to an entire generation of homebuyers, OSFI wants lenders to ensure borrowers have the means to service their mortgages at higher rates. To some degree, that protects the homeowner from the shock of steeper payments. It also discourages lenders from issuing mortgages that could turn sour and put the financial system at risk. When it comes to uninsured mortgages, after all, the lender bears the risk.

“When you’ve been in such a low interest rate cycle that’s out of sync with what we’ve seen historically, and we see housing markets really go to stratospheric levels, the logic of why these changes come in makes sense,” says Beata Caranci, chief economist at TD. She estimates the proposed OSFI measures will impact about 5 per cent to 10 per cent of sales. That’s not insignificant, but not cataclysmic either. “The vast majority of buyers would still qualify,” she says. OSFI isn’t likely to change direction after the Bank of Canada’s rate hike this month. Should stress-testing hit the market hard, contributing to a bigger-than-expected slowdown in consumer spending, the central bank would likely pause before hiking rates again, Caranci says.

Some of the industry’s concerns are valid, according to Adrienne Warren, a senior economist at Scotiabank. “There’s a bit of a risk of cooling off the market a little too abruptly,” she says. “But saying that, it’s still reasonable to build in some interest-rate buffer on new mortgages, just to limit financial vulnerabilities.” Warren adds there are benefits to eliminating the “distorting incentives” between insured and uninsured mortgages.

When OSFI implemented similar stress-testing measures on insured mortgages last year, some buyers may have attempted to skirt the rules. The Bank of Canada flagged such concerns in its financial system review in June. If buyers have a down payment 20 per cent or more, they’re not required to obtain mortgage insurance or undergo the stress-testing OSFI put in place last year. So
me buyers might be borrowing money from friends and family or taking out loans to reach the 20 per cent down payment threshold, thereby taking on more financial risk. The central bank also noted that borrowers are stretching amortization periods past 25 years. While that allows households to pay off debt more slowly, it also limits their ability to extend the amortization period further to deal with an income shock. OSFI’s proposals could help reduce these risks.

MPC has also argued that these stress-tests will push some buyers to use unregulated lenders that do not fall under OSFI’s purview. That, too, is a valid concern. But it’s not a reason for OSFI to backtrack. Rather, it’s a reason to apply more scrutiny to the unregulated space. Further, Hudak has pointed out that mortgage delinquencies in Canada have dropped and that most households make wise financial decisions, a statement that inadvertently makes a case for OSFI’s stress-testing proposals. Delinquencies are low
because interest rates are low. Higher rates will result in more delinquencies if today’s borrowers don’t have the resources to deal with that reality.

Instead of a “war on homebuyers,” governments and regulators are finally waking up to the fact that Canada has become addicted to debt and real estate, and are trying to limit the potential fallout. There will be turmoil as interest rate hikes and regulations work through the market, but the alternative could be far worse. 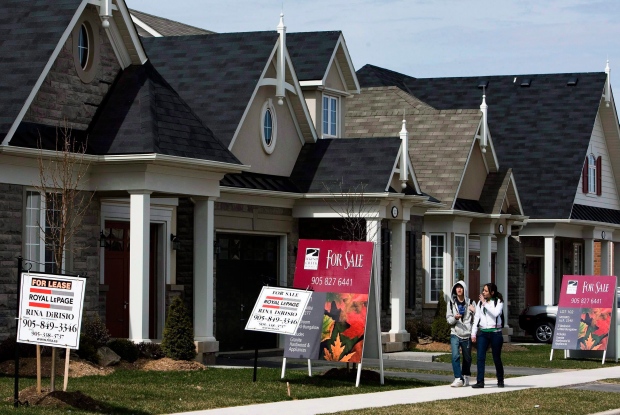