In 2018, these homes will sell the fastest 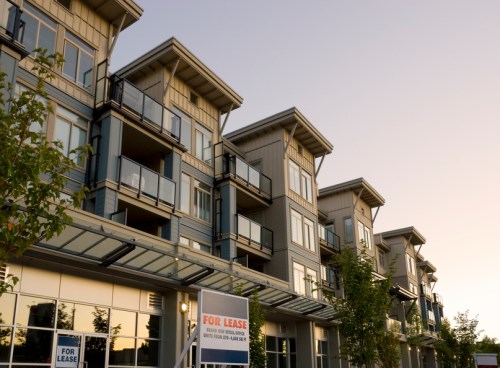 With reduced buying power next year, expect house hunters to scoop up everything under $500,000.

Paul D’Abruzzo, an investment advisor with Rockstar Real Estate, says that while most people will qualify for less money on their mortgages, they won’t be completely shut out of the market. They will simply adjust their demands.

“If somebody was preapproved for $500,000, their new approval will be $400-450,000, so they will lose 10-20% of their preapproval amount,” he told CREW. “It won’t shut people out, it will just move them lower. If some were on the brink of getting approved, you’ll lose some there, but lower-priced properties will do very, very well.”

In Toronto, that will put single-family detached homes even further out of the reach than they are now, but the popularity of condos will keep soaring.

“In Toronto, with everybody’s sightline coming down, condos will be the most popular,” said D’Abruzzo. “In the GTA, like Mississauga or Vaughan, it will be condos and maybe townhouses.”

Single-family detached homes will become difficult, but not impossible, to afford. The Greater Toronto Area’s fringes still have moderately priced detached houses for sale, and even with the new mortgage rules, that won’t change.

“In Hamilton, Kitchener and St. Catharines, $400,000 gets you a detached home,” he said, “so you’ll see a continued trend of population spreading out into the horseshoe.”

According to D’Abruzzo, 2018 will not be kind to sellers—at least not through the first few months—but he recommends being patient.

“Right now, people are trying to get their places sold before the mortgage rules kick in,” he said. “Next year, inventory will be crap in January and February. If anyone is scared or fearful and waiting to sell their house, patience is the solution right now. Just wait and see, because nobody knows for sure what it will be like.”

Akshay Dev, a sales agent with REMAX Realty One, echoed that wait-and-see approach. While nobody will miss out because of too much time on the sidelines, Dev says Toronto’s chronic housing shortage will continue working in sellers’ favour next year.

“Whatever correction was needed is done, and in the spring we should see the market picking up and being strong,” he said. “In the Toronto area, there’s a huge shortage of housing, so it’s still going to be a seller’s market, but I don’t expect crazy bidding wars. Sellers will still get the prices they’re expecting.”

Contrary to popular belief, first-time buyers won’t have trouble purchasing starter homes, especially because cheaper abodes will be in high demand. However, they might live in those homes longer than the historical average.

“Historically, we’ve seen that when people graduate from their first buying experience, it takes anywhere from three to five years to move into the next level of housing, but it may become five to seven years with new rules,” said Dev.