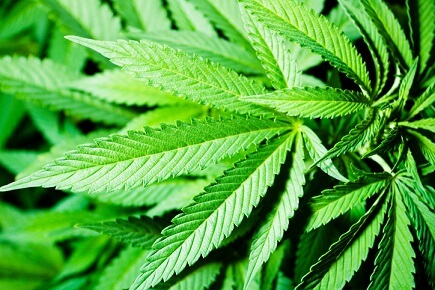 Canadians will soon be able to add marijuana to their collection of household herbs, and that’s creating a nightmare for the country’s landlords.

With Prime Minister Justin Trudeau set to legalize recreational weed in July, apartment owners are concerned about safety and potential damage to their buildings if tenants grow plants and smoke up in their units. Landlords are lobbying provincial governments for legislation that would ban marijuana use in rental units or allow them to add restrictions to lease agreements.

“We’re hammering away at this pretty tirelessly,” according to David Hutniak, chief executive officer of Landlord BC, a housing-industry group in the province of British Columbia.

“Can you imagine you’re living in a 100-unit apartment, and in theory, there could be 100 grow-ops in that thing? I mean, that’s ridiculous,” Hutniak told Bloomberg.

Cannabis stocks have jumped and businesses are primed to cash in on Canada’s long-awaited pot party. Yet federal regulations on recreational use of the drug in the country, where medical marijuana has been legal since 2001, are still being worked out. Proposals include allowing people to smoke in private residences and to grow as many as four plants per rental unit. Provinces have the right to set rules in their own jurisdictions, including age limits for possession of weed and whether landlords can restrict use on their properties.

One reason landlords don’t want tenants lighting up is that many rental buildings are fairly old, so “smoke and smells are easily transmitted through hallways between units” and can disturb others who don’t want to partake, Canadian Federation of Apartment Associations president John Dickie explained.

Growing pot requires certain humidity levels that may damage apartment walls, and the electrical wires required to run the operation can start fires, according to Hutniak. Budding plants also give off a pungent aroma that can seep through door cracks.

Failing to implement regulations that allow landlords to ensure smoke-free, grow-free units could lead to higher rents, according to William Blake, spokesman for the Ontario Landlords Association. Some provinces, including Ontario, block landlords from extracting damage deposits from tenants, said Blake, who once spent more than $5,000 to clear the smell from a marijuana smoker’s unit.

“This is not a political issue for us – we care about taking care of our tenants and keeping costs low,” Blake said. “When we have to pay out thousands of dollars, landlords will want to raise the rents for the next tenants.”

Finding an affordable apartment in supply-squeezed cities like Toronto and Vancouver is already challenging, and vacancy rates are at record lows. For people who use pot, the search may get even tougher: It is “legal and legitimate” for landlords to select tenants who don’t smoke, Dickie argued.