Hundreds of homeowners whose real estate transactions collapsed in the aftermath of Toronto’s market plunge last spring lost an average of $140,000 in property value when they eventually managed to sell their houses, according to a new report.

The study is the first to measure the loss of market value associated with so-called closing defaults, an unwelcome reality of real estate that lawyers say surged in the last half of 2017.

The report also identifies high demand from real estate investors as a key factor that fuelled the region’s white-hot market in early 2017. Investors bought 16.5 per cent of all low-rise houses in the Greater Toronto Area in the first quarter last year, a 65-per-cent increase compared to 12 months earlier.

At least 866 sales deals for low-rise houses failed to close in the GTA last year, according to the study released on Thursday by John Pasalis, a Toronto broker who analyzes industry statistics. The actual number of closing defaults is likely much higher as many other homeowners in similar situations still have not found new buyers.

On average, Mr. Pasalis found that homeowners lost $140,200 in property value over the 4.5 months it took them to find another buyer later in 2017, or in the first quarter of 2018, for a combined total loss of $121-million in market value.

For Vicki Clayton, the cost of her failed deal was even higher. After a buyer agreed to pay $1.9-million for her North York tear-down bungalow in late April, 2017, the transaction fell through as the market plunged and the two parties couldn’t agree on a lower price. She relisted her house and it recently sold for $1.27-million, a loss of $630,000.

“It’s really a sad state of affairs but that’s what’s happened,” said Ms. Clayton, who is 66 and recently retired from her job as an office manager.

Ms. Clayton, who said her health suffered from the stress associated with the failed deal, has launched a lawsuit for damages for lost market value, as well as for the defaulting buyer’s deposit.

The GTA’s real estate market whipsawed from huge gains to rapid declines last year. Home prices were up by 34 per cent in March, 2017, compared with one year earlier, but plunged after the provincial government announced a 15-per-cent foreign-buyers tax in late April, falling 18 per cent in just four months.

The sudden shift caught many by surprise and lawyers reported an uptick in calls from buyers and sellers whose deals were in danger of collapsing. “In some cases, it was beneficial for the seller to just reduce the price, bite the bullet, get the deal closed without litigation,” said Mark Weisleder, a real estate lawyer.

Others have headed to court as angry sellers try to recoup defaulting buyers’ deposits, which are usually held in trust until both sides come to an agreement or a judge issues an order, as well as damages for the difference between their homes’ initial selling prices and what they eventually settled for.

In some cases, lawyers said their clients are involved in litigation related to two properties, as both sellers and buyers, as the domino effect of a buyer not closing on a seller’s deal caused that person to then default on their own purchase of a new property.

“It can be a chain reaction,” said Wendy Greenspoon-Soer, a lawyer who specializes in property-related litigation and currently has about 10 closing default cases already in litigation or heading that way.

For his study, Mr. Pasalis isolated low-rise homes that were sold on the Multiple Listing Service in the GTA in 2017 and then checked to see if they were later resold by the same owner before the end of March, 2018, indicating the first sale collapsed.

Mr. Pasalis and his team found 1,784 properties that sold last year and were later relisted for sale but did not sell, although they did not determine whether the seller for both listings was the same.

He also identified 122 low-rise properties that closed successfully last year, but were later sold again by their new owners for an average loss of $107,325.

“I don’t know if it’s panic selling or just that they’re overstretched financially, they think things are going to get worse,” he said. 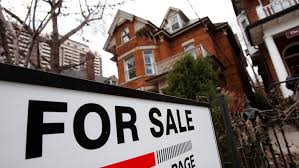