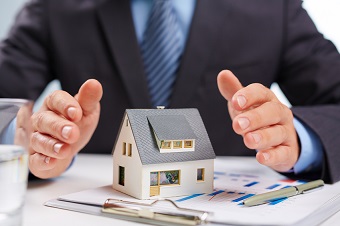 As unaffordability spills out of large urban centres and into their surrounding areas, land leasing homes could become a viable alternative.

The land lease model, wherein a resident owns the home but not the land upon which it’s built, is about 30% cheaper than freehold and is being touted as a panacea to the unaffordability crisis that’s gripping major cities.

“The fundamentals are the same,” he said, “because they own an asset that typically grows in value over time, with the difference being that it’s at a lower entry point. It’s different than someone looking to buy a home, so the entry point is lower and that might create opportunities for people who wouldn’t otherwise have considered buying a home as a user or investor. It’s a rental product that may be more affordable and, therefore, appeal to a broad audience because the buy-in for the investor was low in the first place.”

A land leased home still builds substantial equity, which could then be used to ascend the property ladder. Parkbridge has land leased communities throughout the country, including in Surrey, B.C., where a three-bedroom, two-bathroom single-family detached house is being sold for $199,000.

“The average benchmark price in the Lower Mainland is well over $1.5mln, so immediately there’s a place where people can go where they own their home, have a yard instead of condo living, and they can start building some equity that would allow them to stay in that community or take other steps on the property ladder.”

Although it’s a model of homeownership that isn’t well publicized, CMHC does offer mortgages for land leased homes.

However, for residents hell-bent on living in an urban centre like Toronto, MacLean says land leased homes wouldn’t be feasible.

“We’re typically in smaller urban centres,” he said. “In places like the GTA, the land value doesn’t support any kind of single-family development, let alone land lease, so we’re in smaller centres like Goderich, Wasaga Beach, the Barrie market and the Kawarthas, around Peterborough.”