We recommended our contractor to friends and they hated his work. How can we repair this mess? 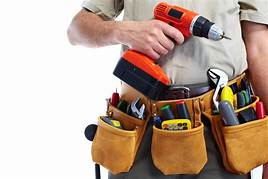 I hear you. Similar scenarios have played themselves out in our lives a few times and, yes, it is upsetting – to the point where I’ve decided my new policy is not to recommend anyone to anyone anymore.

Why bother? It’s a mug’s game! If it works out, fine. But if not – everyone gets upset.

Example: We had “a guy,” and he always did good work for us. So we recommended him to a friend who, as in your case, not only wound up bad-mouthing him but also stiffing him, financially, for the work he did.

She had some story about how he tried to rip her off. Excuse me, we knew this guy for nearly two decades, and during that time he was in our house more or less constantly, like Eldin the painter from Murphy Brown, if you remember that show. Anyway, I/we knew him backward and forward and inside and out and knew he was above board and would never rip anyone off.

Long story short, I am no longer friends with that (ex-)friend.

Now, I’m not saying be like me and turn your back on your friend. But I truly hate it when someone stiffs an honest, hard-working person.

Of course, you can stiff people. That possibility always lurks in the do-work-now-pay-me-later arrangement.

But to me, it’s like “dine and dash” (where you eat in a restaurant then scamper off into the night before the bill comes): it sucks because civilized society is based on people trusting other people not to do that.

Except “reno and dash” is even worse because (at least in the case of my ex-friend) we’re talking not about hundreds but tens of thousands of dollars – money our (former) contractor could have used/needed to put food on his family’s table.

And that’s serious, a.k.a., not a joke. When you mess with someone’s ability to earn a living, that is a profoundly uncool thing to do.

So I think you’re well within your rights to speak to your friend, to the effect of: “Hey! What’s up with stiffing [name of contractor here]? That is completely uncool, not only in its own right but also because it reflects on me.”

Not only does it reflect on you, (you could furthermore add), “But now I have to deal with it. I have to apologize to him for hooking you up with him in the first place.”

Expect some backlash. I gave a similar speech to my former friend (the one who stiffed our contractor), and it led to a friendship-ending conversation.

I’m not suggesting you follow my example there (I’m always an advocate of hanging on to friends and all loved ones through thick and thin). “Do as I say not as I do” would be my watchwords in this circumstance.

But I wouldn’t let your friend off the hook too easily. Ask yourself: “What kind of person refuses to pay for work honestly, even if perhaps not-so-wonderfully, performed?”

Some of them were just unreliable. A guy who built a set of bookshelves for us comes to mind. He was all like, “Tra-la-la, I’ll come at 10 tomorrow,” and then just wouldn’t show up.

But the bookshelves got built in the end, and it never occurred to me to stiff him, to look him in the eye and say: “You know what, the whole experience was a pain and I’ve decided I’m just not going to pay you.”

I think you should seriously ask yourself if you want a friend like that, and beyond that (even though I’m an advice columnist), I’m not going to tell you what to do, except to say: comport yourself accordingly.

Source: DAVID EDDIE – SPECIAL TO THE GLOBE AND MAIL