How to protect homes in the event of divorce 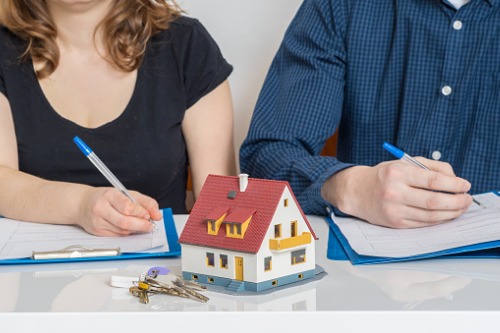 As the cost of living soars, more couples are cohabitating, even getting married sooner. But, as Statistics Canada showed, there were 2.64 million divorced people living in Canada last year, and when you throw a family gift into the mix, things get hairy.

“Family gifts are a very complicated area of the law and there are two different ways of looking at it,” said Nathalie Boutet of Boutet Family Law & Mediation. “A gift received before marriage is treated as a pre-marriage asset. There’s a huge exception if that gift is the matrimonial home.”

In other words, pre-marital exclusions don’t apply to matrimonial homes—the reason for which is to rectify a historical transgression that saw women spend most of their time in the matrimonial home but have their name excluded from title, effectively leaving them no recourse upon divorce.

“Parents who want to give money to their child need to understand before marriage that if it goes into a matrimonial home, they end up sharing that with their spouse if there’s a separation,” said Boutet. “If the parents have a condo and they give it to their child who gets married, that becomes equal sharing with the spouse. A parent should understand that first and have a conversation with their child. Sometimes when a person owns a house, they ask the person to sign a marriage agreement as a way to get themselves out of that mess should it ever occur.”

Boutet recommends that in-laws-to-be have the dreaded conversation about signing an agreement that will protect them from relinquishing their asset in the even their child gets divorced.

“I often get called in when parents still own a home and let someone go live in it,” said Boutet. “Sometimes, for planning, have them sign a prenup, or a cohabitation agreement if they’re not going to get married. At the time they begin living together, sign the agreement in case they separate.”

Another interesting scenario divorced couples and their in-laws sometimes find themselves in pertains to cottage ownership. What happens if the couple is married for a period of time during which the cottage was renovated with contributions from the outgoing spouse?

“I have a case right now where the parents own a cottage and the family has been using it for upwards of 30 years, but their child is getting divorced and his wife wants to know what her rights are to recoup renovations,” said Boutet. “The husband’s parents had been very well-advised by their own lawyers and, because they paid for all the materials, the wife could not pinpoint any specific expense she paid out of her own pocket. It was determined that she had done a little here and there, and it offsets the cost of free accommodations she’s had over all the years—she didn’t pay for the land, heating, repairs, things of that nature. So she was entitled to nothing.”