Why Black Homeowners in Brooklyn Are Being Victimized by Fraud

Broadies Byas’s home is a hidden gem. From the outside, it looks unassuming, if somewhat neglected.

But past the porch of the Victorian townhouse a rich interior reveals itself: tall ceilings, a mahogany staircase, stained glass doors and picture frames virtually untouched since the home was built in 1856.

The house, in the Bedford-Stuyvesant neighborhood in Brooklyn, has an even more remarkable story — Ms. Byas’s father, a teacher who was born into a family of former slaves in South Carolina, bought it in 1957 for $7,500.

But now the house is going through a tumultuous chapter. Ms. Byas, 54, is working to reclaim it after she was duped into signing away her property deed, according to federal prosecutors. Though the house is worth about $1.2 million, she gave it up, unwittingly, for a mere $120,000.

“I pride myself as a true New Yorker — angry, skeptical, not trusting,” Ms. Byas said. “But I felt like the stupidest person on the planet.”

A booming real estate market in Brooklyn is fueling a crime that law enforcement authorities say has taken hold in largely African-American neighborhoods that are being gentrified — deed theft, which involves deceiving or sometimes coercing a homeowner into signing forms that transfer ownership of a property.

In many cases, a homeowner is made to believe the documents involve some type of financial assistance, but in fact turn out to be the property deed.

Bedford-Stuyvesant and Crown Heights, both known for their collection of largely intact townhouses that cost a fraction of what similar homes sell for in Manhattan, have become hotbeds for deed theft, according to law enforcement authorities. Homeowners in Prospect Heights, Brownsville and East New York have also been targeted. 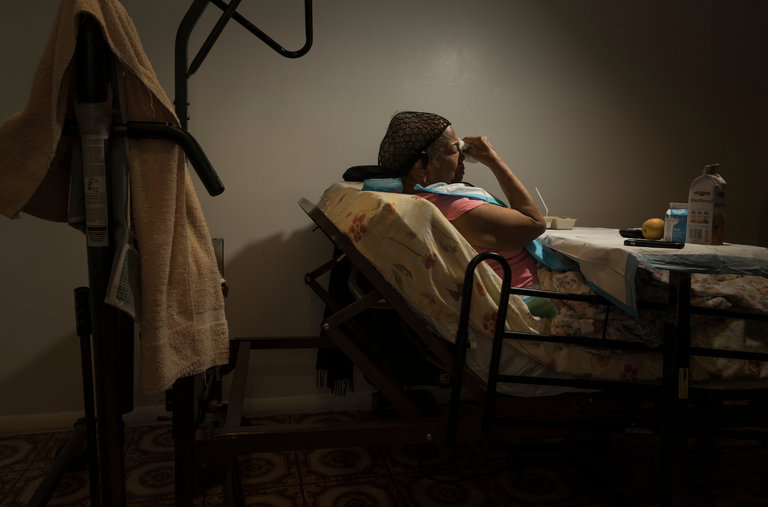 Of the nearly 3,000 deed fraud complaints recorded by the city since 2014, 1,350 — about 45 percent — have come from Brooklyn, according to data compiled by the city’s Department of Finance. (The borough accounts for roughly 30 percent of the city’s housing units.)

The authorities believe the problem may be more widespread since homeowners may not realize right away that they have been victimized.

“It’s just a drop in the bucket,” Eric Gonzalez, the Brooklyn district attorney, said at a recent town hall meeting in Bedford-Stuyvesant. “It’s really hot in the real estate market in Brooklyn. People want to steal our homes.”

In Ms. Byas’s case, which led to the arrest of a man and his son, the aim was to flip her home and try to resell it to buyers who have been flocking to central Brooklyn seeking more affordable homes in lower-income neighborhoods. 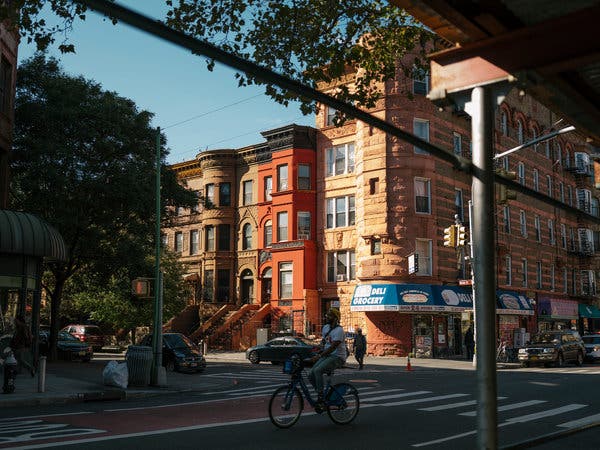 Those orchestrating the schemes often hide behind limited liability companies and shell companies, making it difficult for homeowners to determine if they are being swindled and by whom.

“By the time a homeowner realizes what has happened, the home may have already been sold or mortgaged multiple times,” said Christie Peale, executive director of the Center for N.Y.C. Neighborhoods, a nonprofit organization that helps homeowners.

Even though rising property values in neighborhoods like Bedford-Stuyvesant have provided homeowners with more equity, many remain cash poor.

As they grow older or lose a spouse, their homes can accumulate liens stemming from unpaid property taxes or water and sewage charges, making them vulnerable to fraudsters who often search public records to identify homeowners under financial stress.

“Deed theft has become a common tool of career criminals and unscrupulous real estate developers to illegally obtain real estate, most often with the goal of selling it at a huge profit in high-demand housing markets,” Letitia James, the state attorney general, said in an email.

Dairus Griffiths, 65, has been mired in a five-year legal battle to recoup his home in Bedford-Stuyvesant after he was ensnared in a scheme and ended up giving up the house, which was worth $1.3 million, for $630,000.

Mr. Griffiths was facing foreclosure after a tenant stopped paying rent, causing him to fall behind on his mortgage payments.

He told Mr. Griffiths that he was going to lose his house and offered him a cash advance, Ms. Trzaskoma said. Feeling pressured and fearful that he would soon be evicted, Mr. Griffiths signed a document selling his home for $630,000, believing it was a preliminary sales agreement that he would have the chance to reconsider.

After talking to his daughter, Mr. Griffiths did try to cancel the sale, but when he called Mr. Mashieh he refused, saying it was a done deal. Mr. Mashieh obtained a default judgment and the sale eventually went through.

“It made me feel defeated, because my dad, he was a hard-working man,” said Mr. Griffiths’s daughter, Doris Briggs. “I feel like he was taken advantage of because the house is in a neighborhood that’s growing.” 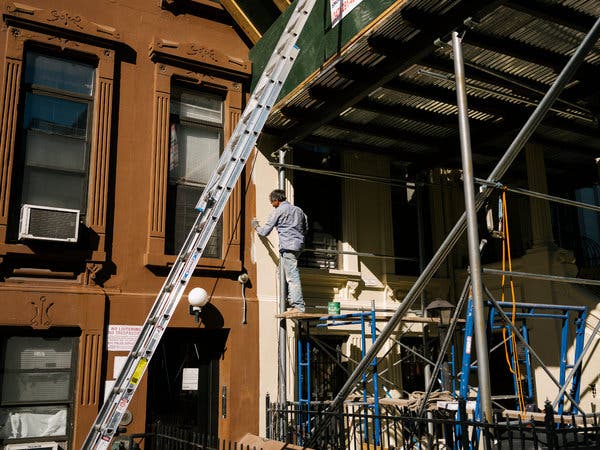 But Daniel Richland, a lawyer for Mr. Mashieh, disputed Mr. Griffiths’s claims and said a court had effectively ruled that the sale was legitimate.

Some homeowners may not even know that their deeds have been stolen, the authorities say. Documents proving the sale of a property are recorded by the city registrar’s office, but not necessarily checked to ensure that they are legitimate. Owners might continue paying the mortgage for a property they no longer own.

“It is, in fact, easier to steal ownership of a home than actually burglarizing it,” said Travis Hill, who oversees real estate fraud for the state attorney general’s office.

Recovering a home whose deed has been illegally transferred can be difficult unless there is clear proof of wrongdoing, like a forged signature. In one case, the authorities arrested a man accused of committing fraud because the signature on a deed came from someone who had been dead for years.

It is also challenging to determine whether the person had entered a bad, but not necessarily fraudulent, financial deal. “It’s often a very hard line to straddle,” said Noelle Eberts, a lawyer at the New York Legal Assistance Group who represents Ms. Byas.

The two men instructed employees to search online for financially distressed properties in Brooklyn, Queens and the Bronx, according an indictment filed by federal prosecutors in Manhattan. Ms. Byas was among 60 homeowners the two men, along with five other accomplices, were accused of swindling.

The men described themselves as foreclosure specialists who helped property owners with loan modifications or promised that they would be able to transfer their properties to trusted relatives to avoid losing their homes.

Homeowners were encouraged to sign documents that were later used as proof they had agreed to sell their homes to Launch Development, prosecutors said.

The company also deceived banks into approving the sale of homes by providing falsified documents, including paperwork edited or completed after homeowners had signed them.

“Launch Development resold many of the homes, which were purchased at fraudulently deflated prices, for an enormous profit,” the indictment read.

Ms. Byas’s ordeal began in 2008, after she learned she had multiple sclerosis and could no longer work. By 2014, she owed about $69,000 in unpaid mortgage payments and other bills and was facing foreclosure.

She believed a second mortgage would prevent her from losing her home.

One day, a young man rang her doorbell claiming he worked for Homeowners Assistance Services of New York, an organization specializing in foreclosures that turned out to be linked to Launch Development.

He was polite, had a cherubic face and was someone Ms. Byas said she would feel comfortable inviting to a cookout. “When you’re in a panic, you think, ‘I can’t believe my luck,’” she said.

After several visits from the man, Ms. Byas was taken by a private car service to Launch Development’s offices in Queens, where she described being, at various turns, cajoled or pressed into signing reams of documents. Instead of a loan agreement, she had signed a deed document, giving away the title to her home.

In total, the company schemed to buy her home for $120,000, about 10 percent of the property’s value. She was able to show that she had been swindled because the check came from Launch Development, which had been on the radar of law enforcement authorities.

Still, five years later, the title to her property is in the hands of the government and she is waiting to hear when she will get it back.

“We were living the American dream,” Ms. Byas said. “This is a house that your ancestors worked for. They came from nothing.”

Think You Own Your House? Check the Deed

Source: The New York Times – By Kimiko de Freytas-Tamura Oct. 21, 2019
Kimiko de Freytas-Tamura was previously based in London, where she covered an eclectic beat ranging from politics to social issues spanning Europe, the Middle East and Africa. Born and raised in Paris, she speaks Japanese, French, Spanish and Portuguese. @kimidefreytas • Facebook