In the $1.6-trillion mortgage market Canadians don’t even understand the basics 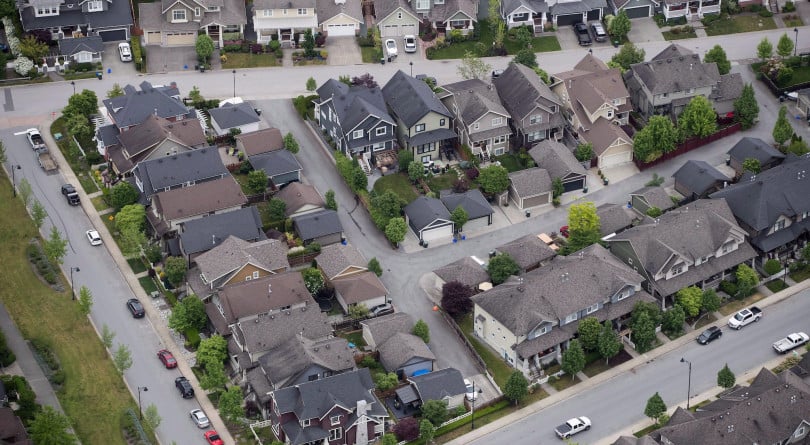 When it comes to mortgages, a government survey finds most Canadians don’t know their terms from their amortizations

It’s no secret that the financial literacy of Canadians is tenuous at best, but given the fact that households are carrying $1.6 trillion worth of residential mortgage debt, we should be particularly nervous about just how yawning the knowledge gaps are when it comes to the basics of a mortgage.

A survey conducted for the Financial Consumer Agency of Canada and the Bank of Canada and made public this week found when it comes to simple mortgage terminology like “term” and “amortization” most Canadians are hopelessly lost.

According to the survey slightly more than half of consumers failed to correctly identity what “mortgage term” means. Only 49 per cent offered purely correct responses like “the years you have a mortgage/contract term,” “the length of time you are committed to a mortgage rate,” or “the length of time before renewal.”

Canadians have an even shakier grasp on what “amortization” means  — while just over one quarter (28 per cent) of the general population could offer a proper definition of the word, they also said things in their answers that made it clear they didn’t fully know what they were talking about.

Fewer than one per cent of Canadians could give a strictly correct definition for amortization as “the time to pay the mortgage in full.”

While the above responses from the survey reflect the mortgage knowledge of the general population, even those people specifically targeted in the survey who have a mortgage or plan to buy a home in the next five years had only a marginally-better understanding of mortgage basics. As the survey results note, “three-in-10 in the target audience … do not know what the phrase ‘amortization period’ means,” which suggests a large number of people plunged into the biggest financial decision of their lives with a dubious understanding of the core terminology in the documents they were signing.

“The responses indicate that there is a significant lack of knowledge about mortgage terms among both the general population and the target audience,” wrote the authors of the survey. The survey, which was published was conducted by Ipsos Public Affairs and involved interviews with 5,000 Canadians between May and June 2019.

The findings were meant to establish the “baseline knowledge” Canadians have about mortgages as part of a larger quest: to find out what Canadians know about long-term mortgages and why they don’t chose that option more.

In fact just as the survey was getting underway last May, Bank of Canada governor Stephen Poloz gave a speech in Winnipeg where he made an impassioned (well, for a central banker, at least) case for the financial industry and Canadians homebuyers to embrace longer-term mortgages. It was part of a broader call by him for innovation in the mortgage sector.

While fixed-rate mortgages with terms longer than five years are widely available, they’re little used — just two per cent of all mortgages issued in 2018 were fixed-rate loans with terms longer than five years, according to the Bank of Canada. Yet Poloz sees a lot of benefits to both consumers and the financial system if that number were to rise. For one thing, he said, a longer term means fewer renewals and hence less risk that when households do renew it will be at a higher rate. (Poloz acknowledged a longer-term mortgage will have a higher interest rate, but for some homebuyers the trade-off for lower risk will be worth it.)

As for the financial system, the fact that nearly half of all mortgages in Canada carry fixed-rate five-year terms means that when interest rates do start to rise again, which they will, a whole lot of borrowers who took on massive mortgages in recent years will be up for renewal each year. “Simple math tells you that of all those five-year mortgages, roughly 20 per cent will be renewed every year,” he said. “That is a lot of households. If all the mortgages were 10-year loans, only 10 per cent of these homeowners would renew every year.”

Based on the survey results Poloz has his work cut out for him — only one-in-10 homeowners or likely buyers can correctly define both a mortgage term and an amortization period and at the same time even know that mortgages with terms longer than five years exist in Canada.