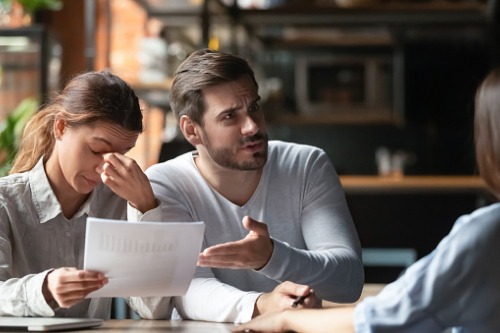 A growing number of Canadians see mortgage qualification as the biggest barrier to homeownership, according to a recent study by Zillow and Ipsos.

Around 56% of Canadians see qualifying for a mortgage as a barrier to homeownership, a six-point increase from 2018. After mortgage qualification, the next top worry for buyers is whether they can afford the mortgage payment, with roughly 54% saying so.

Canadian borrowers have to qualify under the stricter mortgage requirements and stress test that took effect in January 2018. Under the new rules, borrowers should be able to prove that they can service a mortgage at a higher rate.

“The rule only applies to newly originated mortgages and is designed to prevent borrowers from taking on more debt than they can handle if interest rates go up,” the study said.

One in two Canadians said they are concerned that these new rules will prevent them from qualifying from a mortgage.

Younger borrowers bear the weight of the new rules the most, with 69% of those in the 18-34 age bracket feeling concerned about qualifying for a mortgage.

“These mortgage regulations could impact a substantial portion of potential buyers, as the survey results show a large share of Canadian homeowners get mortgages. This worry is also present for current renters who may be considering the purchase of their first home,” the study said.

A recent report by the Canadian Mortgage and Housing Corporation, however, indicated that most buyers felt there were benefits to the stress test. The CMHC survey found that 65% of buyers believe the mortgage qualification stress test will prevent more Canadians from taking on a mortgage they can’t afford in the future.