GO PUBLIC ‘My heart was in my stomach’: Homeowner learns too late she bought a former grow-op 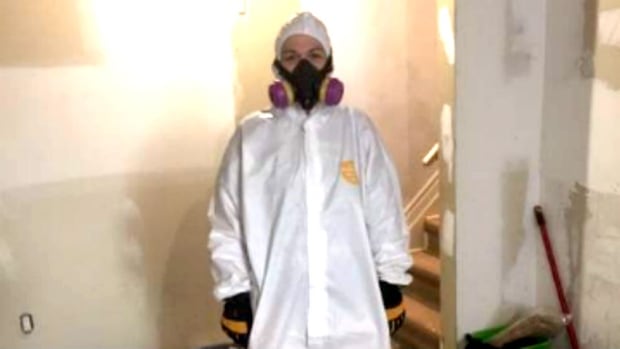 Claudette Charron thought she bought her perfect house — a fixer-upper in need of a little TLC, at a good price in a small community — until she discovered there used to be a marijuana grow-op in the basement and the house needed tens of thousands of dollars of work to make it safe to live in.

“It was a foreclosure, so you know it was at a decent price because I couldn’t afford very much,” says Charron, who is a carpenter. 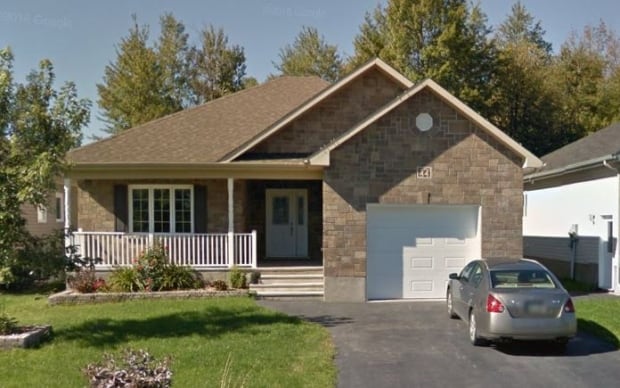 The real estate listing for the bungalow in Limoges, Ont., said ‘with a little bit of love this home can shine bright!’ (CBC)

“But it was a nice fixer-upper … with some work and with my skills, I was going to fix it and resell it in two years. It was an investment.”

Charron, her boyfriend and her 16-year-old son moved into their new home in Limoges, Ont., at the end of June 2016, one year after there had been a drug bust at the house.

A day after moving into the community just east of Ottawa, she talked to a neighbour who asked about damage to the basement. 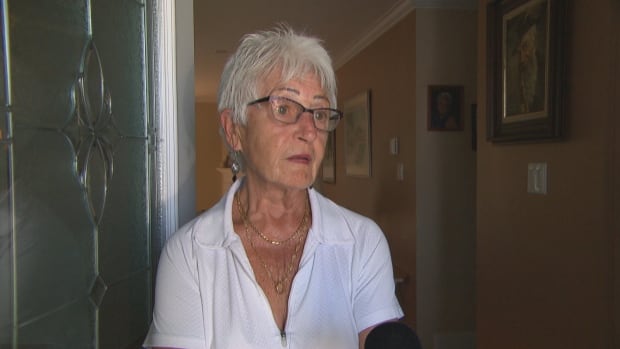 Claudette Charron’s neighbour, Ethel Manns, is the one who told Charron her newly purchased house had formerly contained a grow-op. (CBC)

“I said, what do you mean how bad is the basement? She’s like ‘What? They didn’t tell you that there was a big drug bust here and that they took 148 [pot] plants out of the basement,'” Charron says.

“It was disbelief. My heart was in my stomach and I was sick.”

Go Public found there is a long list of failed attempts to implement grow-op registries that would publicly identify the locations of drug houses.

Instead, many provinces are left with a mishmash of rules and guidelines around who’s responsible for identifying and disclosing former drug houses in real estate transactions.

The home inspector Charron hired before buying recorded no evidence of a grow-op, even though home inspectors in Ontario are obligated to look for signs.

After learning of the home’s history, Charron got another inspection done. 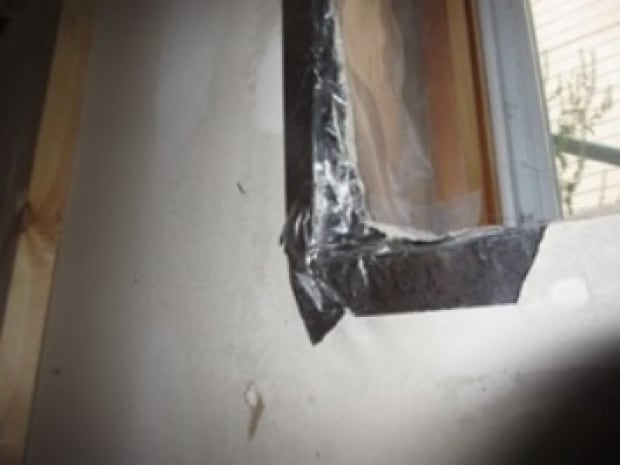 A report from Enviro Pure First Response says there were “telltale signs” of a former grow-op, including marijuana leaf debris under the stairs and evidence of windows in the basement “being taped off with staples still in place and foil tape.” 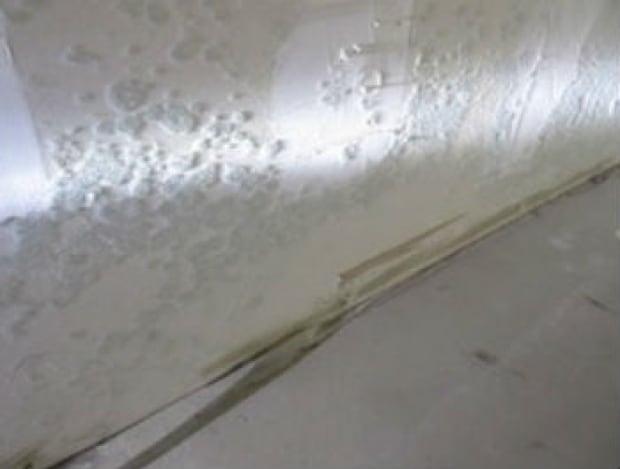 The company also tested for mould and moisture in the air and behind the walls. “The counts in this house were probably in the top five or six per cent of anything that we have encountered for an indoor spore count directly in the vicinity of the grow operation,” says Richard Sticklee, who works for Enviro Pure First Response. 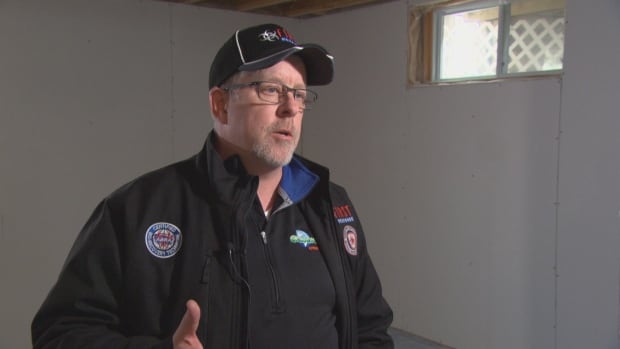 Richard Sticklee, a remediation expert who worked on Charron’s house, says the first thing he noticed was the mould odour, then he saw live mould growing on the walls. (CBC)

In Charron’s case, Street Capital Bank of Canada was the seller. It took possession of the house after the people who had the grow-op declared bankruptcy. 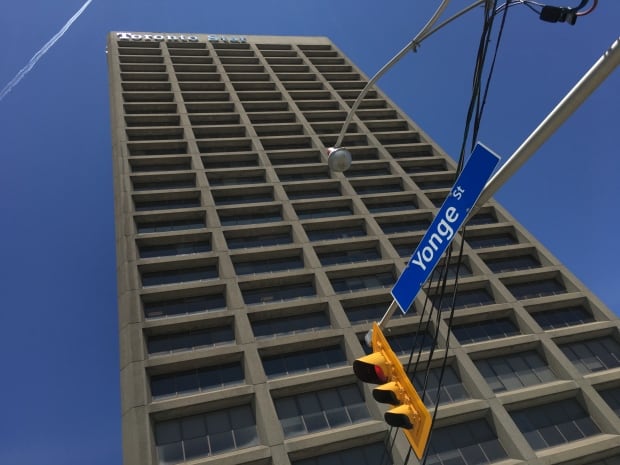 Street Capital Bank of Canada (Toronto office pictured) sold the house to Claudette Charron in June 2016. She has filed a lawsuit against the company. (CBC)

Charron is now suing Street Capital, its realtor, and the original home inspector she used.

In its statement of defence, Street Capital “denies having knowledge that the property was used as a grow-op” and denies it “was aware and/or failed to disclose any latent defects.”

The mortgage company did not answer Go Public’s questions, but in an email from its lawyer, David Ward, it says circumstances like this are rare and “we always work towards resolving issues amicably which we are working on doing in this case as well.”

The case is now heading toward mediation and Street Capital says it’s “hopeful that all matters can be fairly resolved.”

Go Public found tracking systems that should alert potential buyers of a home’s drug history are either failing or nonexistent.

Ottawa police do list dismantled illegal grow-ops online, but only five locations have been listed over the past five years.

In Ontario, there is a provincial guideline that says police should notify municipalities, in writing, of grow-ops so the municipality can oversee the remediation and ensure it’s done safely and properly.  That didn’t happen in Charron’s case.

In some other provinces, like B.C., that’s the rule, not just a guideline.

On a national scale, the RCMP tried to launch a website in 2010 that was supposed to list addresses of homes across Canada where marijuana grow operations and illegal drug labs were found and dismantled. That too went bust.

Go Public also found no provinces require sellers to disclose a home’s history as a former drug house. The closest to it is in B.C. where it’s “strongly recommended” sellers disclose a house’s drug history.

In most provinces, sellers don’t have to mention a marijuana grow-op specifically, as long as it didn’t do damage. If it did, it is considered a material latent defect, which does have to be disclosed.

Barry Lebow has been a real estate broker and agent and now works as an adviser for brokerages and the public.

“I think that a registry makes sense. I really do. I think that withholding information from the public isn’t a good thing and it would make it so much easier,” he says. 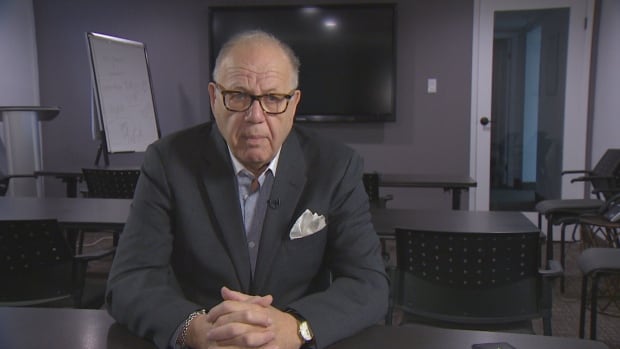 Lebow notes that realtors in a lot of provinces are responsible for making their “best efforts” to find out the history of a house.

He says marijuana grow-ops are more common than most people realize, saying buyers need to use different search engines to look up the address and owner’s names of a property they are interested in buying and searching news archives for reports on grow-ops.

He also suggests talking to neighbours. Go Public canvassed Charron’s neighbourhood after she contacted us, asking if anyone, real estate agents or the mortgage company, had come by to ask about the home’s history before or after the sale.

“Nobody. The only person that came over was the new owner,” says Ethel Manns, the neighbour who told Charron about the drug history of her new home.

“I’d be really upset,” she says. “It’s somebody’s fault. It had to be reported. You can’t have a grow-op and not tell anybody.”

Go Public is an investigative news segment on CBC-TV, radio and the web.

We tell your stories and hold the powers that be accountable.

We want to hear from people across the country with stories they want to make public.

Certain homebuyers are being unjustly punished by lenders for purchasing houses that should not be classified as grow ops, according to one industry player.

John Greenlee, a broker with The Mortgage Centre, has had trouble finding financing for houses that had been used as grow ops for marijuana, but he also tells of an instance when a house was improperly categorized one.

“(A Realtor I deal with) was trying to sell a “former Grow-op” where the previous tenant (from 12 years ago) was found to have had two or three plants growing in the bathroom. No modifications were made to the building like a traditional grow-op,” Greenlee wrote on MortgageBrokerNews.ca. “For all intents and purposes, other than the plant being illegal, it wasn’t anything different than someone growing a lemon tree in their living room.”

Greenlee told MortgageBrokerNews.ca the house was mentioned in a police report, which was enough for it to be considered a grow-op by lenders.

The clients had trouble selling the house as a result. And he thinks there should be more clarification around what is considered a grow-op.

For his part, he has had trouble finding financing for houses classified as grow ops.

“I don’t recall higher rates but lenders have certainly gotten tougher on the underwriting,” he told MortgageBrokerNews.ca. “We always disclose it to a lender; some lenders, including Scotia, won’t even do them anymore.”

Currently, grow-op houses are red flagged in CMHC’s database, and they require a number of requirements before it will insure the property for lenders.

Eugene Pilato, of Century 21, wrote about the requirements for insuring former grow-ops in a blog post, including a copy of an environmental audit, a certificate ensuring the property is habitable, a minimum down payment of 20 per cent, and an insurance premium of one per cent of the amount of the mortgage.