What happens to a home or mortgage when someone dies? Many Canadians don’t know 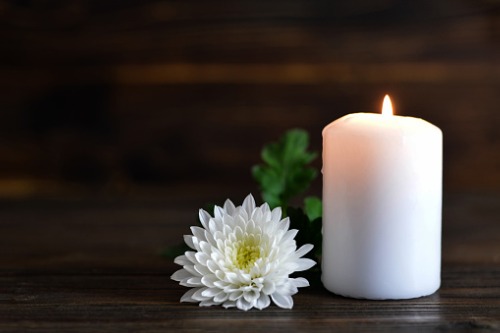 Despite our best efforts to distract ourselves from the inevitable – a cultural landscape built on invincible superheroes and the glorification of youth, a willingness to ignore the slow-motion destruction of the planet, the power wielded by religions that promise eternal life in exchange for free will – death, folks, is coming for us all.

Canadians who think their properties will automatically pass to their descendants when they die could be in for an unpleasant surprise if they come back to haunt them. As Bury explains, if a homeowner dies without a will, or with a will that somehow fails to specify who the deceased’s property is meant for, what happens to the home becomes a provincial decision. Each province has its own formula for distributing the deceased’s assets that takes priority over the dead person’s wishes.

Many readers, particularly those who help Canadians purchase homes, may have the impression that homeowners instinctively recognize the necessity of including their properties in their wills long before the reaper gives them a lift to the other side. But new data from Angus Reid and online estate planning platform Willful shows an alarming lack of knowledge among Canadians when it comes to what happens to their properties and their mortgages after they die.

When asked “Do you know what happens to your home if you pass away without a will?” only 21 percent of respondents provided the correct answer, that it will be distributed to an individual’s dependents according to a provincial formula. The remaining 79 percent included people who mistakenly think their properties will automatically go to their spouse or children (48 percent) or to the government (6 percent), while 24 percent admitted they don’t know.

That lack of understanding is undoubtedly related to the fact that only 51 percent of homeowners surveyed reported having up-to-date wills. Thirty-six percent reported not having a will at all.

“I expected that that number would be much better once they owned a home because as soon as you accumulate a large asset or you get married or you have kids, those are the inflection points that cause you to think about getting a will,” Bury says.

The fact that Canadians are in the dark about after-death planning with regard to real estate is somewhat less surprising. There are always barriers preventing people from putting a will together, from an unwillingness to confront one’s own mortality, to the costs involved, to the one thing that is almost as common as death itself: the human propensity to procrastinate.

“It seems like one of those things you can put off until tomorrow,” Bury says. “I’m a journalism grad – I don’t do anything without a deadline – and you don’t have a deadline for creating your will.”

At least not one anyone can truly be aware of.

A misunderstanding of what happens to a person’s property once they’ve died can cause extreme distress, both financial and emotional, for her surviving family members.

Canadians who think their properties will automatically pass to their descendants could be in for an unpleasant surprise if they come back to haunt them. As Bury explains, even when a will lists a spouse or child as a beneficiary, each province has its own formula for distributing the deceased’s assets that takes priority over the dead person’s wishes.

“It may not actually be divided the way that you would want,” she says. “And if you have a common law spouse, unless they’re a joint owner of the home, they are not accounted for under that provincial formula.”

In most cases, the executor identified in a person’s will will be instructed to sell the deceased’s assets, although the executor has the power to do what they feel is in the surviving family members’ best interest. If Bury dies – her example! – and leaves the home to her husband, it’s unlikely that her executor would do anything beyond transferring the title and mortgage.

Having an executor in place is a far better course of action. Administrators, Bury says, will seek guidance from a person’s beneficiaries, “but they do not have to listen to them.”

The survey also found that a majority of Canadian homeowners don’t know what happens to their mortgages when they die. Only 28 percent of respondents realize that their mortgage needs to be paid by the beneficiary who receives their properties.

“It does not disappear, unfortunately,” says Bury, although that’s exactly what 12 percent of survey respondents think happens to a mortgage when a borrower dies.

Property owners, particularly investors, must also keep in mind the tax bills awaiting their surviving family members. The CRA treats a dead individual’s assets as if they were all sold on the day prior to his death, meaning capital gains taxes on non-primary residents need to be paid – even if the home is left to a beneficiary. Joint ownership of a property with a spouse can provide a clean and legal work-around; otherwise, those left behind will need to foot the bill.

“Everyone works their entire life to leave this meaningful legacy for their beneficiaries,” Bury says, “and I’m not sure that Canadians really understand what’s going to end up in their beneficiaries’ pockets at the end of the day.”

It’s the unknowns that make death so scary. Having a will in place might not alleviate all of a person’s fears about the infinite void we’re all inching toward, but it can reduce the greatest one of all: Will my family be taken care of when I’m no longer around to protect them?

70% of Rich Families Lose Their Wealth by the Second Generation

A little honesty might help preserve the family fortune.

When Stephen Lovell used to visit his grandparents as a kid, it was like entering the world of Cole Porter or The Great Gatsby.

People dressed in tuxedos and sipped cocktails. They owned boats, airplanes, a hobby farm. Not to mention a lavish mansion in Ontario, Canada, and a summer home in Southampton, New York.

He estimates that his grandfather, who founded the John Forsyth Shirt Co, had a fortune of at least $70 million in today’s dollars. But through a combination of bad decisions, bad luck, and alcohol dependency, the next generation squandered that money.

“I think about it all the time,” says Lovell, a financial planner in Walnut Creek, California.

Indeed, 70% of wealthy families lose their wealth by the second generation, and a stunning 90% by the third, according to the Williams Group wealth consultancy.

U.S. Trust recently surveyed high-net-worth individuals with more than $3 million in investable assets to find out how they are preparing the next generation for handling significant wealth.

And 64% admit they have disclosed little to nothing about their wealth to their children.

The survey lists various reasons: People were taught not to talk about money, they worry their children will become lazy and entitled, and they fear the information will leak out.

When I asked financial planners why the wealthy are so poor at passing along money smarts and why second- and third-generation heirs turn out to be so ham-handed, the answers were surprisingly frank.

A sampling: “Most of them have no clue as to the value of money or how to handle it.” “Generation Threes are usually doomed.” “It takes the average recipient of an inheritance 19 days until they buy a new car.”

Yes, the statistics may be grim. But just because most wealthy families see their fortunes evaporate within a couple of generations does not mean yours will. Some strategies to avoid it:

You may think you are encouraging hard work by not disclosing wealth to your kids, but that really just fosters ignorance.

If you have just never talked about money, get over it, and give your kids a crash course in financial literacy. Many financial institutions, including U.S. Trust, offer specialized learning materials and courses to get heirs up to speed.

That goes for grandkids, too: Instill smart money lessons in them, and you have pushed family wealth forward another 30 or 40 years.

If you are ready for true transparency, take it up a notch and bring up the elephant in the room: the will.

“Parents and grandparents should communicate the whats and whys of their will in a group setting, with all their children present, long before the will is read,” says David Mullins, a planner in Richlands, Virginia.

That way, you can hash out any issues as a family beforehand. It is better than after the fact, when the patriarch or matriarch is not around to explain or make adjustments, and things devolve into all-out legal war.

“Trust me, siblings will find out who got what,” says Mullins. “Without proper communication, this can destroy families.”

Almost one-quarter of baby boomers think their kids will not be able to handle wealth properly until the ripe age of 40. And almost half of wealthy individuals over 70 agree.

That is why you should give your heirs a financial roadmap in the form of a family mission statement, advises U.S. Trust. You can lay out what you expect in terms of spending, saving, and giving back, as well as pass along strategies for building wealth.

Stephen Lovell wishes his mother had that kind of roadmap.

“How did my mother blow it?” he says. “She just didn’t know any better. And now we all live with that regret, every day.”